Scrabblewise, 2019 was a very good year for Josephine Mayo. The lady from Paola finished her fifteenth year of competitive activity as the player with the most games played, a handsome 263 official games of which she won close to two thirds, and as one of the most dynamic movers up the ratings list, which she climbed by a whopping 128 ratings points.

The cherry on her cake was arguably the Turquoise Summer League, which she won commandingly. In 2020, a year on from that victory, Mayo has found herself defending her title against the likes of Moira Fenech and Nicky Vella Laurenti, both rated considerably higher than her. 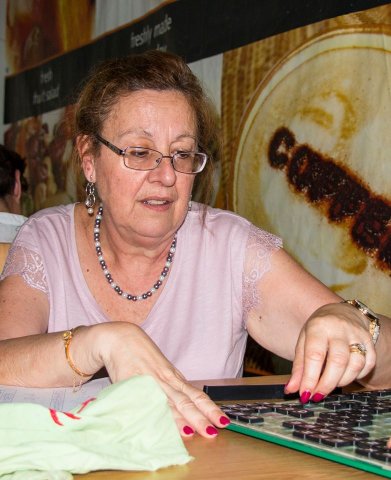 Despite the difficulty, Josephine showed greater consistency than either of her two more quoted rivals, dropping fewer points against lower-ranked participants to finish ahead of both Laurenti and Fenech, who had to settle for second and third respectively.

Thanks to the successful defense of her title, Mayo adds 56 points to her rating to move up to eighth on the latest National Player Ratings List. Another lady, Maria Scicluna, performed one position better than her initial rank to improve her national rating by 48 points.